Tunza Ambassadors believe in our cause, about the power of giving – and how positively impactful, giving through sport is to the donor and the recipient alike. These accomplished members of the sporting community dedicate their time and lend their voice to ensure Tunza has endless support to accomplish its mission.

“By growing sport in remote villages, it is possible to rebuild and give hope to communities.”  – Rael 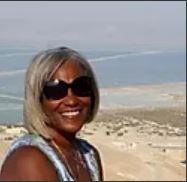 Tunza consider’s Mim a mother given her close ‘motherly’ bond with the founder. Mim founded and managed Quik Stix Elite Hockey Club and for a long time was the coach of the Maccabiah women’s field hockey team. On Dec 9, 2018 Mim was honored as a Legend of Maccabiah in New York.  Mim has so far donated to Tunza a truck-load of gently-used field hockey equipment and clothing. She gave Tunza a head start at its baby steps by providing the very first donation of field hockey sticks, balls, shin guards and uniforms which were urgently needed to start the program. Mim has since retired from running Quik Stix club and she gladly committed to be our ambassador. 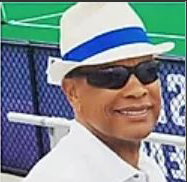 Nigel promotes field hockey events in the  USA mainly under Big Apple Hockey Inc. and Junior Premier Hockey as co-founder in both. He is an Olympian with many honors to his name including 2014 USAFH Hall of Fame.  He is an avid promoter of high standard performance in managing the game of hockey, regardless of the level of competition. This trait is what prompted Tunza to request his ambassadorship and since then, he has promoted our mission by getting others involved en masse. From partnering with us during his events to raise donation items, to networking within the USA hockey fraternity. In 2019, Nigel was appointed to the FIH competitions committee while serving the same under PAHF.